This isn't going away until we shift

Obviously, germs do exist. Trillions of bacteria and viruses are everywhere around us and inside us always. Whether we become ill, however, is entirely up to us.

Illnesses, such as the flu, are commonly understood to be caused by something external, something happening to us, and can only be addressed in the external dimension. Seek solutions there and none shall ever be found.

All power lies within the inner reality. This is where we have control. Solutions must first be accessed there, and only then can they be extended to the external reality. The world is not happening to us; rather, we are creating it.

Illness is only possible when scared thoughts in the mind poison the body with stress, which is born of fear, which is the emotion of the ego. Fear that you can become ill, and your fear will manifest into a reality that you made real.

Illness happens because a person who is stressed diverts energy from the normal functioning of the body. Now the heart beats too fast, the mind steals vital energy from you to fuel worried thought, you can’t sleep at night, you feel lousy and grumpy, you may even turn to medications or bad habits that weaken you more. If this becomes your ongoing state for a little while, you are severely weakening the immune system—giving those germs the power to overtake you. This is a downward spiral, and you get sick because your body is trying to rest and end the ongoing abuse caused by the egoic mind. This is what illness is.

They say, in places like the USA these days, that we are all in this together and that we are only as healthy as our weakest link. This is meant to communicate that people like me should shut up, agree that illness is reality, stay home, sink into depression, and wear masks. If I were to take this path of making it all real, then I would become ill just like everybody else. The strategy is, therefore, exactly wrong.

In reality, the weak links—the cause of this crisis—are those who believe that what they tell us in the media about COVID-19 is reality. Through self-manifesting beliefs, their thoughts are creating this hell and they have been leading the world to this cliff for a long time. In countries where the connection to inner-being is broken; where, instead, most people believe what they are told by so-called authorities, many more are sick and dying. It is our thoughts and beliefs, manifesting into specific behaviors and habits, that are literally creating reality around us.

You know that there has never been a time in your life when you were in a perfect state of joy, you were well-rested, stress-free and centered…AND you got sick. It is impossible. If you got sick, you were surely worn down. The highest priority in the world, and the end of this crisis, is for you to heal from this sickness of fear, stress, exhaustion. Stop tolerating an existence of endless sacrifice in which everyone is supposed to always feel lousy. Transcend the sickness, which is called ego—and then teach the truth to others who will do the same in turn.

The only way to transcend the ego, to end fear and panic, to dissolve stress, to vibrate at the level of perfect health, is to awaken to the spiritual reality. There are countless paths, which I discuss daily. If we are going to move forward, if our economies are ever going to function, if we are ever going to find a sense of happiness and enjoyment, we must each find one or more paths toward awakening and put wisdom into practice each day.

Those who doubt this message will remain lost in chaos and sickness. This isn’t going away until we shift. Those who have already learned the mandatory lesson have already been saved—are already living in an ongoing state of bliss.

Now you have heard the message, reality will continue to unfold to testify to its reality, and you now have the clear choice to end your suffering in an instant of your choosing. All else is utter confusion and suffering with no end. What an absolutely wonderful time to be alive. We continue tomorrow and each day after that. 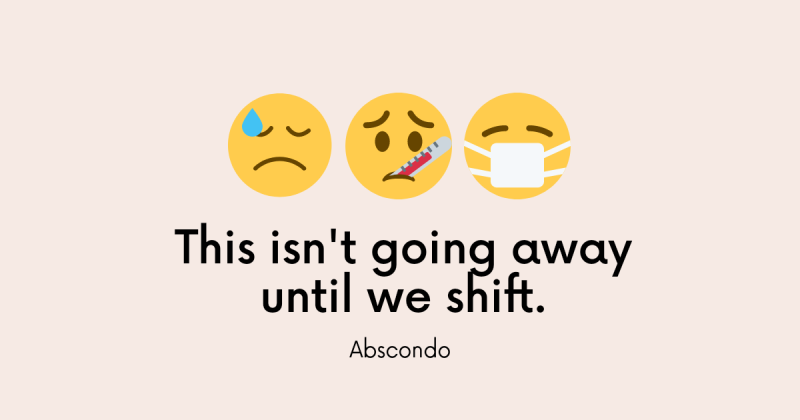 There is no longer a way for us to fight the system directly. The system is designed to crush all those who directly oppose it. We have to find ways to "opt out".

If enough of us do that, the revolution will have happened before the establishment even notices.

The only pursuit that matters

- From the new song, Cartoon Blues, by Bright Eyes

Do you respect truth above all else, or not?  Are you strong enough?  The boldest and most authentic choice I've ever made in my life is to answer yes to this question.  I'm not claiming to possess truth.  I claim only to pursue it!  It is the roadmap to my life, my only religion.  And in the precise moment I became conscious of the concept, and internalized it, I initiated a process which never ends.

The pursuit of truth is a bold choice that leads us to the extremes of bliss and the gutters of agony -- sometimes in the very same day.  And yet the reality isn't even this two-dimensional, because hovering all around our personal experience of bliss and agony we also hear the sound of life on earth being destroyed; minds being polluted with propaganda; human beings being kept in slave or near-slave conditions through the oppressor of economics.  In the back of our minds we hear the causes and movements which we believe in begging for us to pitch in; we hear our souls screaming about the way we hurt or neglect a family member; we feel the fear of a loved one who is seriously ill; the frustration and despair of old age choking us.  We try to forget both the lies we've told which have hurt others and also the truths we've told that have hurt others.  Then, in another moment, we might hear the waves of the ocean, the laughter of a naked young woman emerging from the waves, and the smell of the sand just after sunset.  All of these fragments, times a thousand, are bouncing around our minds and bodies during both wake and sleep.

We are life becoming the instrument of evolution chasing its own truth.  We don't choke it or stop its flow with distractions; watching sports, buying too many clothes, worrying about being able to afford a car, being cool.  We allow our minds and bodies to be the instrument of truth, and by doing so we make the most of this life while also giving our existence meaning.

Yet somehow, we still get up on time, make it to work on time, shake a few hands, and do whatever it takes to function.  It isn't that we can live every action according to truth.  There are simply too many truths competing at any one time to know which one to act in accordance with.  That is why I will make the surely controversial claim that, what is even more important than one's action, is one's thoughts.  Are you keeping your mind locked on truth at all costs?  Are you allowing the ideas that emerge from your mouth, paint brush, instrument, or keyboard to reflect your pursuit of truth whenever possible?  Are you at least aware of those moments when you compromise one truth for another?  Are you struggling in that decision in an authentic way or just lying to yourself and others?

How is it possible that, in the midst of all this, we learn to not just be ok...but to live life as though we are making love to it.

That's the pursuit of truth.