An ineffective salesperson is an ego-driven salesperson. From his firs contact (his long-winded email pitch), he'll tell you all about "what we do". He'll make wildly optimistic promises and brag about vague successes. All of this, even before understanding anything about who you are, what motivates you, how you are trying to solve the problem today, and before understanding anything about your strategy or approach. He sees you not as an equal partner in what will hopefully become a long-term business relationship, but as an obstacle to his sale.

Then, if for whatever reason you are still convinced to take a call, his focus continues to be on his own needs. He'll run through a standard pitch about what his company does (caring mostly about how well he delivers the pitch), he'll ask whether you have budget (money he wants), whether your project has a timeline (money he wants sooner rather than later), and he'll qualify you to understand whether you have decision-making authority (he doesn't want you to waste his time). All of this, even before he understands what you need or why you took his call to begin with. Even if the conversation does eventually shift to you, how can you be sure you aren't wasting your time or wasting your breath?

Sure, sometimes the customer will buy from an average sales rep. If there is a well-defined need and there are few other choices on the market, then average sales performance is tolerated as just business as usual. But the best salespeople do more than just take orders when they are ripe. The best salespeople know how to step outside of their own ego and how to consult with clients.

To sell without ego is to first understand who the prospect is, what the prospect needs, what he or she is doing today, and where current and past efforts have failed. Top sales performers pitch nothing until they understand the prospect's perspectives, biases and assumptions. This understanding is the foundation from which you can move forward. From there, consultative sales requires that you lay-out a path forward that meets the prospect's needs and, beyond this, exceeds what the prospect is able to accomplish without you. When this has all come together, you can feel the tone shift and the mood lighten. You know that it is only a matter of time before the terms will have been negotiated, the deal will have been signed, and a long-term mutually-beneficial relationship will have begun.

Sales is hard. Because of countless bad experiences, prospects aren't usually open to us and are almost never nice to us at the start of a conversation. Beyond this, salespeople fail far more than we succeed. In many industries, closing 10% of your leads is the best you're ever going to achieve. As salespeople, we need to remind ourselves not to take it personally. It isn't about us.

Don't let ego get in the way of new business. An ego-less salesperson tries to see the world from the client's perspective, treats people well, and places himself in the service of all stakeholders.

To love an ego

It is easy to love a person, but hard to love an ego. Ego is the enemy of love.

The ego is prideful and makes demands. To love someone with your ego means to expect your partner to serve that ego. It is to care less about who your partner truly is or what she feels and to care more about what she is or isn't doing to meet your expectations. You will demand, threaten, you will manipulate, you will do anything at all to get what you think you need from your partner. Unfortunately, your partner will never fully satisfy you because the ego is always greedy for more. You believe that you are great, that you are worth it, and you deserve exactly what you imagine you deserve from your partner. It is selfish and ugly.

Still, even if you express these feelings, the ego-driven partner is unwilling to change. The ego doesn't listen. It doesn't learn. The ego justifies everything. It threatens, manipulates, and resorts to hostility and violence. When out of control, the ego is willing to destroy anything to get what it thinks it needs. As a result, to love an ego-driven partner is bad for your well-being. You begin to believe that you are not worthy of love unless you meet your partner's expectations. You feel as though something is wrong with you. You find yourself hiding your true self, lying, or even cheating when the despair becomes too much. 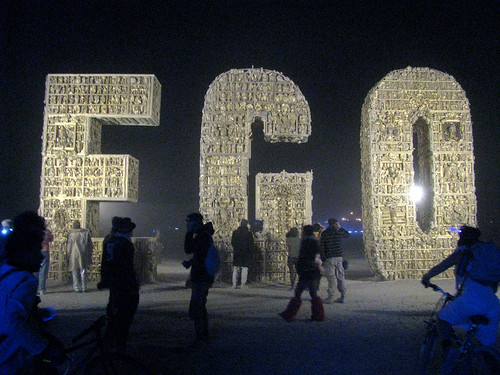 To love without ego is to love your partner unconditionally and to completely accept who she is. It is to understand that her feelings are not a threat to you. The things she likes, the things she does for herself, the decisions she makes about the relationship, none of it is against you because it isn't about you. It is about her. Don't take it personally.

To love without ego is to fully experience the bliss that true love brings. It is to know and understand a person deeply, to have complete trust because there is no reason to lie. It is to know another person as well as you know yourself (neither of which are possible with ego). It is to feel the lightness of freedom even as you are committed. May you discover the joy and bliss of loving without ego.

Bernie Sanders, the conclusion of the Democratic Primaries, and what to do next #differentfuture

Bernie Sanders has now finally been over-run by the Democratic party, the corporate media, by the full strength of the establishment. I’m thinking about the millions of people who placed so much hope in him, in this movement, this message. Millions of people made contributions, spread the word, and turned-up for enormous rallies just like millions of beautiful and inspiring young children.

Like a small child asking a parent whether it would be ok to stay home from school, they politely asked the all-powerful establishment whether it would be ok if we could please stop funneling all our money to the top .01%, if we could please have healthcare, please have an education without going broke, and to please stop unjust imprisonment. How did the all-powerful establishment respond? Like a strict, stubborn father reacting to a small child’s request. The answer was short, clear, and unmistakable. The answer was “no”. The entire process was controlled by rigged specific rules (super-delegates, closed primaries, etc.), media bias (very little coverage for Bernie), and in the end they called the primary a day before the huge California primary.

The truth is, even if Bernie had managed to become President, there is very little that he could have accomplished within the rigged political system where essentially every congressman and senator is bought and paid for by their corporate, billionaire overlords. Bernie was not just on our side, he was directly opposed to their side. Bernie did win a victory, though his victory was symbolic. He exposed so much and taught us so much. But the truth is that essentially none of his proposals would have become law.

What if, rather than asking the establishment to please change, we acted not as children asking for permission but as adults making our own decisions? When we ask a corrupt political system to change, when we ask our employers for a raise, and when we live by the rules of conventional wisdom that everyone seems to agree with, we are living as helpless, obedient children. Like a child who is told to go to bed and doesn’t want to, we obey in action even if we occasionally dissent by grumbling about how unfair it is.

If we are going to live in a better, freer, more fair world, we will need to become adults and stop asking for permission. We will need to become our own ruling elite. We need to create systems and structures to depend upon that are not designed to exploit us. The systems we depend upon today are designed to exploit us by a ruling elite who grows wealthier and more powerful each day though the exploitation of our hard work, our intelligence, our time, and our talent.

I see a different future, where we move away from the structures and institutions that enslave us and we create structures and institutions that free us. It is a simple switch, really, and we don’t even need to win an election or ask permission. We just need to live differently and to create systems that support that way of life. My idea for just such a system is presented in this free, 25-page eBook.

This is a response to this video by Kyle Cease.