This explains the observation that, the more religious, nationalistic, or dogmatic a person is, the more angry that person tends to be. The more strongly you believe in something, the more often something is said or done that directly opposes your beliefs. So the more open-minded a person tends to be, the less angry he or she generally is. We all have our own set of beliefs and we all hold some things sacred, but the difference is that the open-minded person shows respect and tolerance; thus allowing room for others to live according to their own beliefs.

This way of understanding anger also explains why it is generally a bad idea to preach, to judge, or even to offer advice to others. The way to avoid anger in your life is to express your own convictions as your own, and allow others the space to do the same. Through tolerance and open-mindedness, even two people who hold conflicting beliefs or opinions can achieve compatibility. They can experience the beauty of life without anger. 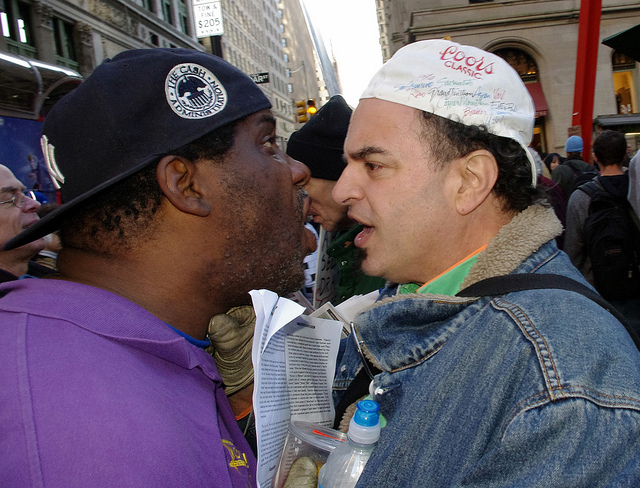 Long before YouTube, Facebook, and even before blogging, I dreamed of becoming famous. I remember my 13-year-old self, practicing basketball every day after school inside my grandparent’s barn. My parents taught me that I could become anything I wanted to be with hard work, dedication, and belief in a dream. My dream was to play in the NBA. Basketball ignited me with optimism and passion. It set me on an ambitious course that could not be contained within the limits of my hometown. 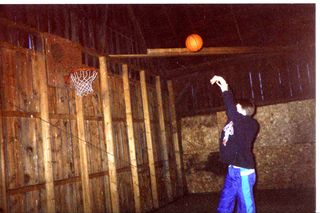 Of course I failed. I never played one minute in the NBA and, despite endless hours of blood, sweat, and tears, I was only able to climb as far Division II college ball. By my estimation, at least 5,000 hours of my youth was spent on a basketball court. While my friends were playing video games after school, or partying on Friday nights, I was on the basketball court pushing myself a bit further.

One might say that I wasted my time, but I don’t think so. When I close my eyes, I can still feel the leather roll off my sweaty fingers upon the release of a 3-point shot with perfect form. I will never forget the chills in my spine as I would watch the ball swish through the net. I remember the thrill of bursting onto the court for warm-ups into the roar of an appreciative high school basketball crowd. I remember how ecstatic I felt after every victory and how frustrated I felt after each defeat. Despite the hard times, basketball made me feel fully-alive.

The value of a dream is not the outcome, but the process. Any dream worth chasing is a dream that inspires a better now.

My dream to play in the NBA eventually faded, but I have continued to dream. After finishing university, I decided to write a novel. The writing and editing process took about one year (after work in the evenings and on weekends). It was nothing other than the dream of becoming a famous novelist that pushed me forward, day-after-day. Of course my novel ended up failing commercially, but I look back on the project as a success. The story was based on my life, so the writing process forced me to explain myself from an outsider's perspective. Through this process, I came away understanding myself perhaps only as a writer can. Though I had failed to reach an audience, the outcome left me with no regrets because I had grown.

These days, through the immediacy and accessibility of social media and reality TV, we all want to be famous. Everyone seems to be going viral. I’m embarrassed to admit that sometimes I feel like something is wrong with me because I can’t seem to reach a large audience. I recognize that this is entirely vain, self-centered, and unhealthy…but nonetheless this is how I have felt. I don’t think my feelings are uncommon. We want to be famous, and we want it now!

As a writer and musician, I am grateful that it has become so much easier to reach an audience. But what has web 2.0 done to the process of dreaming, achieving, and creating? When everything is immediately measured in likes and clicks, when everything can be instantly torn apart with cruel, thoughtless, and anonymous comments; then where is the magic in creating and becoming? How much inspiration is sucked into web marketing, social media strategy, and email marketing? How damaging is it that so much time is spent not on creating or becoming, but on looking for quick fame and immediate feedback?

I fear that social media is destroying the inherent value that can be found in the process of creating and becoming.

I’m old enough to remember life before computers and cell phones. What I remember is that the moment inherently mattered. I remember feeling totally alive in an experience even though my friends did not immediately know what I was thinking or doing. Moments mattered simply because they happened. Experiences were meant to be shared only with the people who were there. Ideas and stories were discussed only with people who might actually relate. Back then, if you attempted to share travel pictures with friends, you were met with either open resistance or polite tolerance for a few minutes. But it felt like our lives mattered even without likes, comments, or shares.

I don’t know whether it is possible to recapture what was lost, but I want to try. For too long, I have foolishly focused too much time, money and energy on trying to make the Abscondo band famous. Now I have stopped all self-promotion and image-crafting. In the past few months, have had wonderful experiences and posted none of it on Facebook. I have written songs meant only for me to play, by myself, in my room. I have started writing a book just for the purpose of forming new thoughts. I'm mountain-biking again. I am studying the Slovak language again. I am focusing on my real life and my real relationships. Life is better.

You don't need an audience to live fully.

What matters is not the image we project, but the inherent value of each experience, each relationship, and each creation. You don’t need an audience for your life to matter. Take your time becoming the best version of you that you can be, and do so without the pressure of success and fame.