"I Created" - making of the video

When it finally came time to do our very first music video, Abscondo decided to do something radical in it's simplicity.

We asked 10 couples to undress and to express affection toward each other in the most natural way possible.  It seemed like an interesting idea, but we had some concerns.  Would any couples agree?  Would they show up on the day of filming?  Would they be too shy?  Our friends told us that it wouldn't work, that Slovaks are too modest and that our video project was sure to fail.  But the idea behind this video felt right.

The Abscondo project has always been about authenticity, purity, and love.  For a long time, it has felt to me like the pop music world is littered with glammor and bling.  Everyone seems to be competing for who can be more extravagent, more over-the-top, and more boastful.  All of that feels fake and distant from the reality we all know.  So we have this song, "I Created", which is all about celebrating what is built, what is created, with the people we love.  It is all about how this is the meaning of life, not religion or whatever else.  We felt that there was no better way to visually show this idea than to feature the physical expression of love between real-world couples.

Well, our couples did show up and filming the video was a success.  In truth, the one person who brought this project together is my wife.  Not only did she provide much of the creative direction, but she also produced the video, brought-in several couples, and organized everything about the shooting.  Our other key to success is that we partnered with the very capable Altway creative team in Kosice, Slovakia.

I've come to understand in my years here that Slovakia is a romantic country that is ruled by love.  Nobody could have demonstrated this better than the couples that will be featured in our video.

The video will be released later in May, but for now you can check out the "making of" behind-the-scenes video:

Here are a few pics from our shoot. 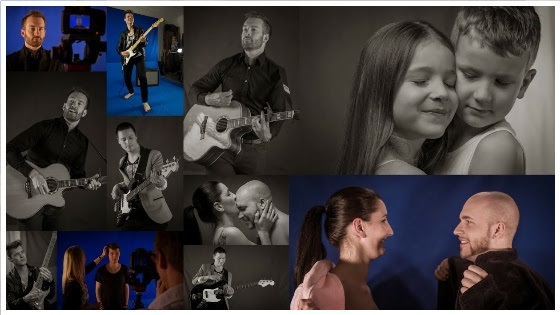