The Question of Love (podcast episode)

This week, we take a call from a listener who reached out to us with a deeply personal question.  Click on the gray box below to listen to this week's podcast.  Subscribe to our weekly podcast on iTunes.

Abscondo Podcast - 34 - The Question of Love

A reader recently posted a comment in response to an old piece I did called The coming Great Depression.  She asked me, since the original post was more than a year old and obviously my predictions have yet to come true, whether I still believe what I originally wrote in the post.

The short answer is "yes", I still think America is headed for an economic crash much greater than anything in our history.  As I should have known upon reading Harry Dent's book, the problem is that the exact timing is always difficult to predict.

I know a little bit about bubbles, firstly by having worked in the software industry in Seattle in the late 1990's.  During the Internet / tech bubble, stock prices went so ridiculously high that it seemed hard to believe.  Investors wanted in because to remain on the sidelines was to miss out on a sure thing...endless exponential growth in stock prices.  Deep down, everyone knew it was a bubble...but, as in any bubble, rational doubts are eventually burried somewhere in that sense of normalcy surrounding you day after day.  After all, how can you be right when everyone around, even the entire press, says you're wrong?  This sort of thing is a battle between, 1) on one hand, your rational mind and inner-voice, and 2) voices and messages from the society around you.

The same thing happened with the real estate bubble.  I remember, back in 2003 and 2004, watching my coworkers buy houses they couldn't really afford with zero money down, even with variable rate interest loans!  I told them that it was foolish...the real estate prices could not keep rising forever.  But the conventional wisdom at the time was that real estate always goes up.  Sure.  Since 2007, prices have been going down.  Real estate prices will decline even further in the coming years.

So now I look at things in 2011.  Now EVERYTHING is in a bubble.  Stocks, real estate, debt, commodities...everything.  The Federal Reserve and the IMF keep printing money and pumping it into the system just as fast as one might pump air into a leaky baloon (See Quantitative Easing).  How long can they keep pumping?  What if the fragile baloon bursts anyway?  And when?  Now my guess is that the crash will start in late Summer, 2011.  But it could happen today.  It could happen next Summer.  I don't know.  But it will happen.  The USSR was bound to collapse, and it eventually did.  The USA (as we know it) is bound to collapse, and it eventually will.

Strangely, I found this highly recommended piece on the front page of Yahoo! Finance this morning.  This author goes even further than I have, than Harry Dent has...even further than Max Keiser has.  It is worth a read.

Not Everything Changes (Podcast episode)

I have a bit of advice for you.  Stop listening to advice!  To take advice with even a grain of salt is to take it too seriously.  I'm serious!

When I think about all of the advice I've received throughout my life, even from close friends or family members who supposedly care about me and want what's best for me...all I can say is that I'm thankful for all the times I just completely ignored it or did the exact opposite.

The vast majority of advice is only what people use to explain away the things that they regret about their own lives.  One of the ways that people cope with their own regrets and their own struggles in life is by trying to convince themselves that whatever is wrong with their life was somehow inevitable or unavoidable.   And the easiest way they can convince themselves of this is by  convincing you of the same...that high school is the best time of your life, that you are not talented enough to achieve your wildest dreams, that marriage kills romance and passion, that once you are married you'll end up with a house in the suburbs, or that becoming a parent changes everything.

You know exactly what I'm talking about.  Sometimes advice really stings.  Sometimes (if we are among the lucky few) we actually like the way things are in our lives.  Sometimes we actually like the way we are.  So naturally, we don't want that which is working for us to change.  The advice and cliches of the world around us can create in us so much fear that, instead of moving on with our lives, we choose inaction.  It is this stagnation, mostly born out of fear, which should actually be the greatest fear.

I'm ashamed to say so now, but I guess Sofia and I were, ourselves, victims to a flood of bad advice not so long ago.  For years we put off having our first child because we feared that much of the advice we received from family, friends, and society in general was true.  Today we're here to let you know that it isn't true...when you have children, not everything changes.

Click on the gray box below to listen to this week's podcast (or download it wherever you normally find podcasts).

Abscondo Podcast - 33 - Not Everything Changes 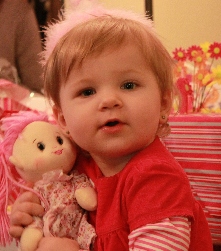 Government shutdown during tax season?  The US government is asking us to obediently pay our taxes while that same government is threatening a shutdown?  They take our money and feel no need to provide services in return?  This is unacceptable.

Interview with WCIT in Ohio

Due to my crazy schedule this next week, I'll probably just present the following interview into the podcast:

Interview with KKNT in Phoenix

I suppose the normal state of being for a man my age is that of routine.  I admit to falling into routine just as soon as those weeks in Slovakia stretch into months.  During these "normal" times, my days are filled with comfort, with work, with the needs of my young daughter, cooking, working out, music, writing, and projects.  During these times, I have to remind myself to go out and see a concert, to go out to a cafe or for a drink, or to arrange a weekend away.  This, what I'm describing, is the normalcy I have created, by choice, in this one life I have.

The only thing that seems to jolt me out of my routines is travel (real travel, not just a weekend road trip).  To travel is to cleanse the palette of routine...to quickly forget the routine from just days ago.  Each time travel forces me out of my routine, I emerge into a world in which little is familiar.  Days on the road become a journey of self-discovery, a test of character, and even a re-invention of oneself.  Also, the effects of travel do not end upon my return; as upon my return I always fall into a different routine from the one I was just torn from.

Now in the Vancouver airport, I reflect upon the last few weeks.  First there were two weeks visiting my parents in small-town Wisconsin.  Sofia, little Isabella and I burst onto the scene with our usual energy and soon collided head-on with the comfortable, 20-year, uninteruppted routine of my parents.  During these few weeks, I had regular radio interviews, I landed a new job at a software company in Vancouver...in short, we had places to go and things to see.  Our little Isabella had a whole new house to discover and new trouble to find (imagine a one year old crawling up the stairs when we weren't looking!).  I love my parents dearly, and I know they feel the same about me, but the clash of routine and the years spent growing in different directions boils down to one simple fact: two weeks is too long to spend with parents once you have your own family!

Next, I flew off on my own to Vancouver in order to start a new job.  I recently left the world's second largest software company because I really couldn't stand working for such a large corporation.  I saw little earnings potential in my role, little ability to impact the organization, and no real reason to be there other than for the regular paycheck.  It no longer fit in my life, so I quit.  Week's later, I found this really fun, growing software company in Vancouver.  I'll still work from home in Slovakia, selling software that impacts the way companies sell digital content on-line.  My job is to find opportunities at many of the largest Media and Telco companies worldwide.

My week here is filled with vivid memories.  This is a very young company filled with "oh-so-hip" kids peering through their typical West Coast thick-rimmed glasses combined with a very international set of unique, strong, opinionated adults.  The office is filled with lots of cussing and arguing amidst lots of laughter.  My bosses strut around in their sneakers and sweat-shirts and basically make shit up as they go along.  Come to think of it, it isn't even clear whether they shower.  Basically, it is the same kind of company I joined more than 10 years ago.  That one crashed-and-burned under the weight of its own stupidity and arrogance after 9/11.  We'll see what happens this time around.  But as long as they keep paying me what they agreed to each month, I'll go along for the ride.

Even if dampened by the persistent rain, to look out the 24th-floor window of my downtown Vancouver hotel room was instant inspiration to get out and see the city.  I typically headed toward lively Granville Avenue and enjoyed the smell of joints here and there combined with the smell of Asian food.  I saw two really crappy bands not worth mentioning over a few pints of stale Canadian beer at the Roxy.  I left the club when an abnoxious girl who had recently vomited in the bathroom kept asking me to sit with her and her boyfriend (no thanks).  Another night, I took in a theater production at the Playhouse.  Last night, my bosses took me out to see the Vanvouver Cannucks play the last hockey game of the regular season.  Let's see...I also had lunch at a very interesting place called Elbow Room.  It is run by two old gay men who basically taunt their customers until you either fall in love with the place or run away crying.  Oh, and then there's the Thai food I've been missing in Eastern Europe.  Also, if you ever get to Vancouver, go have an Australian Lamb Burger at the Speakeasy on Granville...damn that was good!

Now it's back to Chicago, a long midnight drive through Wisconsin back to my parent's, and then we're all returning to Europe to find our next routine.