After a few wonderful days in Barcelona, Sofia and I ponder the question: "why travel?"  Are there benefits beyond the obvious (good times, relaxation, new experiences)? 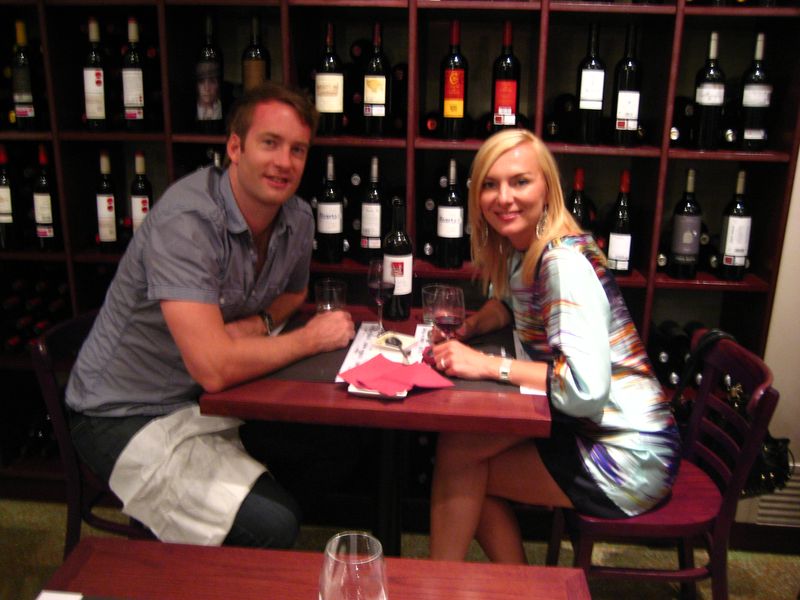 The Quest to Communicate Ideas Through Art and Logic; poetry vs. prose, indie vs. commercial, authentic vs. kitsch

Now that I've begun expressing myself not just through writing and music, but also by means of audio and video, I've begun to question what it is I'm actually attempting to do through these multiple mediums and why.

Regardless of medium, the goal is always to communicate an idea to the audience...to communicate something I feel is worthy of attention, something interesting or important.  But to do this I use two basic and fundamentally different approaches.  While everything on this blog can be considered a "creative work", not all of it is intended as "art".  So what exactly is the difference between something that can be classified as art and something that is not art?

Depending upon the nature of the subject-matter being communicated to the audience, one approach or the other must be used. This is where I will compare the differences between the nature of logic and reason vs. the that of beauty, passion, or inspiration.  Other than the poetry podcast, the Abscondo Podcast makes no attempt at art.  What Sofia and I attempt to achieve here is to appeal to your sense of logic.  We attempt to present a compelling argument.  We try to communicate an idea through reason.  The podcast format is an effective way of communicating certain kinds of ideas...simple observations, theories, opinions...anything having to do with that which is observable or has a cause and effect.  The same is true with respect to much of my writing.  But there is a limit to this type of expression.  The limit is found when an idea cannot be rationalized, argued, measured, and observed.

This is where art steps in.  Perhaps the most fundamental purpose of art is to communicate about things which fall outside the limits of logic and reason.  I firmly believe, for example, that what is between two people cannot be understood by a third.  This is most clearly visible in the case of love.  It is only possible to successfully explain our feelings of love to the object of our affection him or herself.  But when we try to make a friend, a family member, or an audience understand that love, understand that relationship through mere words (through "prose"), we fail.  We are left with a frustrated sense that nobody understands or, worse yet, our words are misunderstood and twisted into something unrecognizable.  So if we wish to express love to any third party, we must look to art if we have any chance at all of success!

Love, pleasure, beauty, despair, inspiration, hope, these are feelings.  The best way to communicate about feelings is in the language of art.  Imagine the attempt to comfort a brokenhearted friend by saying, "Everyone gets their heart broken now and then, you'll get over it."  It might actually be more helpful for her to listen to a favorite song which was written and performed by a complete stranger.  We watch films, read fiction, look at paintings, and listen to music so that we might understand a feeling a little differently.  We might see someone else' perspective on a feeling or emotion.  In doing so, we might understand our own feelings differently.  We might even change how we feel.  We might at least find comfort in that we are not alone.

It is also interesting to note that not every film, composition of music, painting, or sculpture is, indeed, art.  A rap song about bitches and bling, a cardboard cut-out at the movie theater, the vast majority of Hollywood films, most best-sellers at the airport book store -- this content is not art in the truest sense.  These are examples of Commercial communication.  The focus on "communicating something about feeling" is not primary.  The "art of the mainstream" is, instead, designed to sell, influences us to shop, and actually prevents us from feeling and thinking in the truest, deepest sense.  This is content, not art.

Similarly, Commercial news and talk show content is not truly designed to communicate ideas which appeal to logic and reason.  Art is dying.  Logic is dying.  That's because nearly all mainstream, commercial, corporate-sponsored content is nothing more than an advertisement, a sales pitch, and a form of propaganda sponsored by and created by the powerful elite.  It is designed neither to bring us truth, enlightenment, logic, critical thinking, nor is it designed to bring us any closer to beauty, bliss, pleasure, emotional balance, or contentment.  Rather, its purpose is always to merely justify the status quo by convincing all of us to conform to it and to not think or feel outside of it.  Oh, and if we don't like the void we are left in, we are allowed to look to religion (the only other acceptable option).  Bullshit.

What I'm doing, with the help of Sofia, might only be one lonely voice that at times seems a bit strange.  It may not always make sense and I may not always even succeed.  But my audience can at least know that the focus is purely on the idea, always on the feeling, and always aimed at a general quest for purity, freedom, and truth.

We've talked a lot about listening to your inner voice, paying attention to your feelings, and creating conditions in life which make this possible.  So it could not be ignored that one of the feelings we all discover within ourselves from time-to-time is that of boredom.  What is it?  Does it serve a useful function?  What can be done to cope?

These are some of the topics we discuss in this week's podcast.

Next week there won't be a podcast because we'll be traveling, but we'll be back on July 30th.

Some truth behind the War in Afghanistan

How convenient it is to use the tax-payer funded military to secure a defenseless country so that private industry can safely go in and steal their resources.  Same old same old.

For those who would profess the virtues of "free market capitalism", it might be useful to note that we are days, weeks, certainly no more than months away from the start of the global Great Depression.

The disaster before us has been brought on not by true Capitalism, but because of "Crony Capitalism" or "Rigged Market Capitalism" with immeasurable levels of corruption at the highest levels and throughout the entire system.

For over a month now, I've been referring to the new EP as "Secretly Titled".  I did this because I wanted to first make the announcement to key influential people through a mailer before making the title known to the general public.

So, as you can now see, the actual name of the EP is "Fo(u)r Colors".  It is kind of a play on "for colors, 4 colors, 4 colors for u"...something like that.  Obviously, the number 4 is used because the EP contains 4 tracks.  I expect the full length album will eventually be called 12 Colors.

As you can also see, I've launched a new look-and-feel on the blog this week (I hope you like it) and started a new video series called "Abscondo Response!"

Finally, I've updated the four tracks from Fo(u)r Colors on Jamendo so that, if you click on the song title from this page, you can read the lyrics.  Of course you can also do the same for the tracks on my Midnight Snow album.

This week we thought we'd cover one of the most practical, down-to-earth topics of all.  You can blame Isabella for this one. :-) 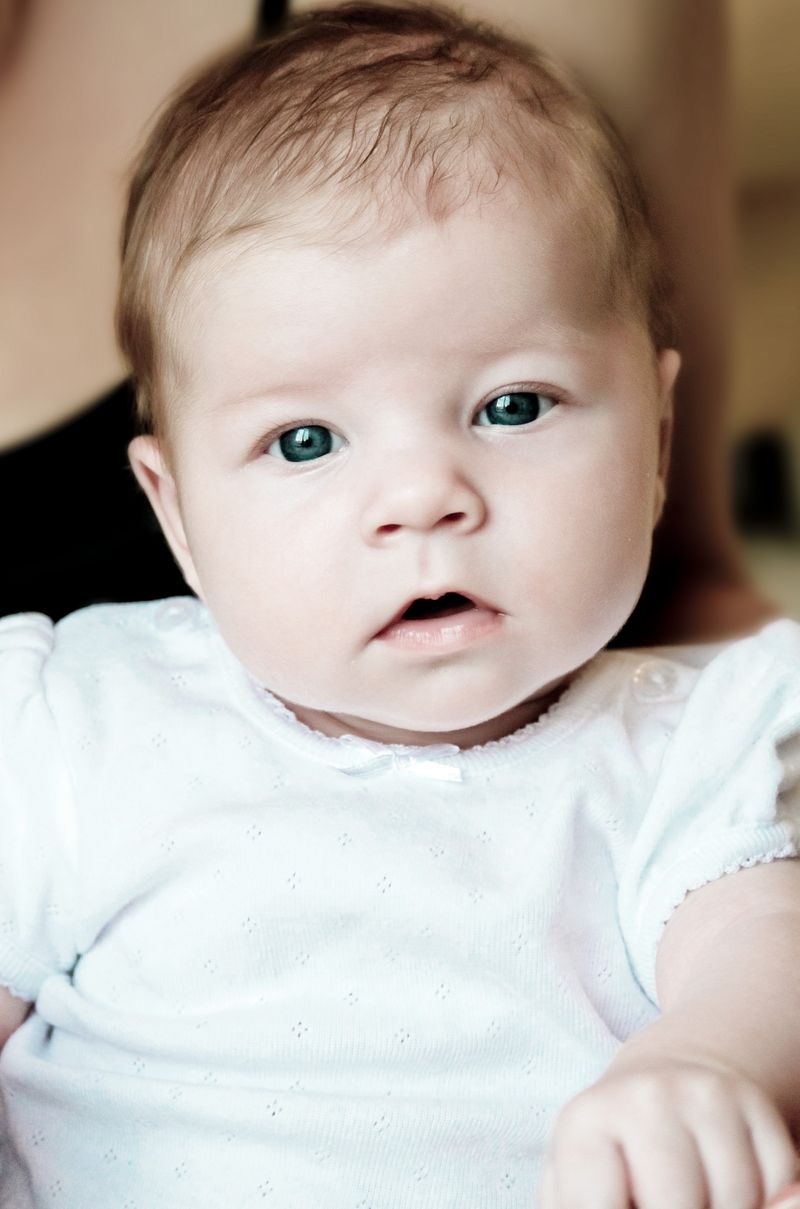 On this week's podcast we discuss the growing trend of adults acting like, thinking like, modeling themselves after children or teens.

We discuss the forces behind this and the consequences in our lives.